Emmet Till's Father and a Guy from Auburn NY 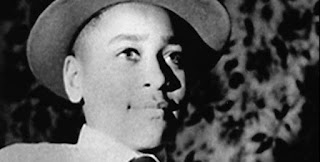 This week of “alternative facts” emanating from Donald Trump has coincided with the admission – sixty years too late – of a lie that condemned a young black boy named Emmet Till to a horrible death. The racism and hatred which our new president is calling up from the depths of our history has never been more than occasionally dormant,  but we need to believe that truth in the end will always overcome even the most vicious and destructive of lies.
As to the amazingly trivial lies that pour forth from new chief executive about the weather, the size of crowds and what he said five minutes earlier, those may defy expectation but they do serve to create a climate in which the big lies about Mexico, Muslims, and Black people are more readily believed - even in some corners of our usually rational upstate New York.
Of course, people can hold to a lie for a long time, a lifetime even. But at long last the woman whose lies cost young Emmet Till his life in 1955 has finally come clean. Historian Timothy B. Tyson told The Associated Press on Saturday that Carolyn Donham broke her long public silence in an interview with him in 2008. According to the professor, he spoke to the 83 year old Donham for several hours and she admitted inventing the attempted rape story about Emmet, although she did not offer any explanation for her actions. Her husband and his brother were charged with the 14 year old boy’s murder and she testified in their defense during the trial, claiming that Emmet had grabbed her and “in profane terms, bragged about his history with white women. An all-white jury predictably acquitted them although Donham’s husband Roy Bryant later admitted, or bragged, about his guilt to Look Magazine. 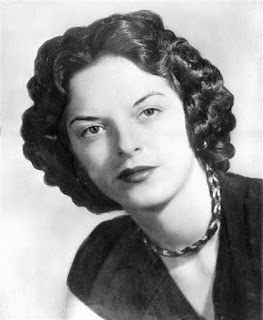 Shocking as Carolyn Donham’s sixty-two year silence is, I find it even more remarkable that after her admission, she evidently resumed her silence and made no effort to reach out to the Till family or to tell anyone else what she had done. Professor Tyson’s only defense for not revealing this information when he first heard it nine years ago is that “historians think in different terms than do journalists. I'm more interested in what speaks to the ages than in what is the latest media thing.”  Professor Tyson’s privileging of history “over the latest media thing” suggests that writers and historians owe nothing to the moral crises of their own time, but the corroding issue of racism is not something that can be put on a shelf for later study. In every era of American history, the racists will always say they must murder or abuse black or brown men to save us (white) people from some dark and evil threat. And the bizarre immigrant rape fantasies spewed by Breitbart and similar Trumpist sites are direct echoes of the lies told by Carolyn Dunham so long ago. 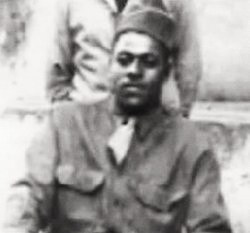 By coincidence this week also brought attention to the great African American novelist John Edgar Wideman’s  Writing to Save a Life about the life and execution of Emmet’s father, Louis Till. Louis has long interested me, in part because he was jailed with the poet and fascist collaborator Ezra Pound near the end of the second world war. He makes an appearance in my short novel, inspired by the war stories of an old friend, John Schillace (Squillace in the novel) of Auburn, NY. 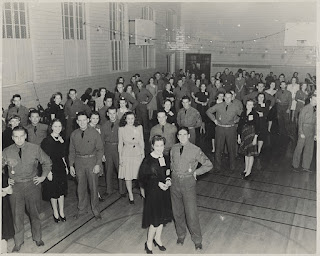 Here is an excerpt: In The Forest of Tombolo: 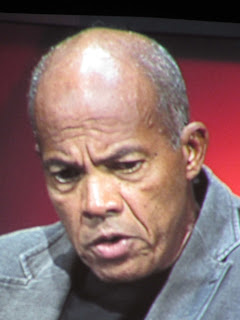 Wideman’s book, of course, is not focused on an unknown upstate guy assigned to guard a crazy poet, but on a black man who was hanged for rape and murder and whose son would be lynched ten years later. As Thomas Chatterton Williams (New York Times 1/29/2017) puts it, “(Wideman's) disposition is to bypass blunt polemic and make his case through description and story, which is by necessity inventive, conditional and ambiguous. Simplicity sells, but the truth is seldom simple.” Williams goes on to say:

“He (Louis Till)  is not Rosa Parks by any stretch and Wideman makes no attempt to sanctify his character. Yet there is undeniably something in him that the author not only relates to but also admires, and it has to do with the fact that Till does not ever beg or plead but keeps quiet, even stoic, in the face of a system that “provides agents ample, perhaps irresistible, opportunities for abuse.”
What unsettles Wideman about the Till case is not only that it was flagrantly flawed but that everything had the veneer of propriety about it. “Every T crossed, every I dotted,” he writes. “But seamless, careful, by-the-book performance provides no evidence of what the spider’s thinking about the fly enmeshed in its web.” Even participants in an unjust system can be blind to the ways they sustain it. It’s a jarring idea when taken to its logical conclusion, that, independent of any willful bigotry, the person on the jury or in the voting booth may not even know why she decided the way that she did. For Wideman, this means that transcendent racial harmony may permanently lie on the horizon, just beyond our reach. Which is also why, in his view, storytelling takes on the dimensions of a battle royal, a “never-ending struggle” to make sense of the world, which implies a kind of “ultimate democracy” but also “a kind of chaos.”

The reality, the facts, are always there, but it is a "never-ending struggle" to find them in the sea of lies and delusions surrounding race, resentment and fear in America - and never has that been more true than today. 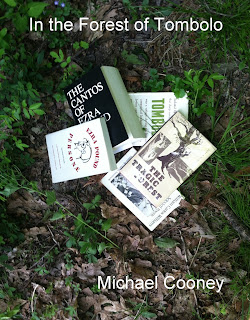 On Amazon
Posted by Michael Cooney at 9:12 AM