"The True History of Joseph Smith" 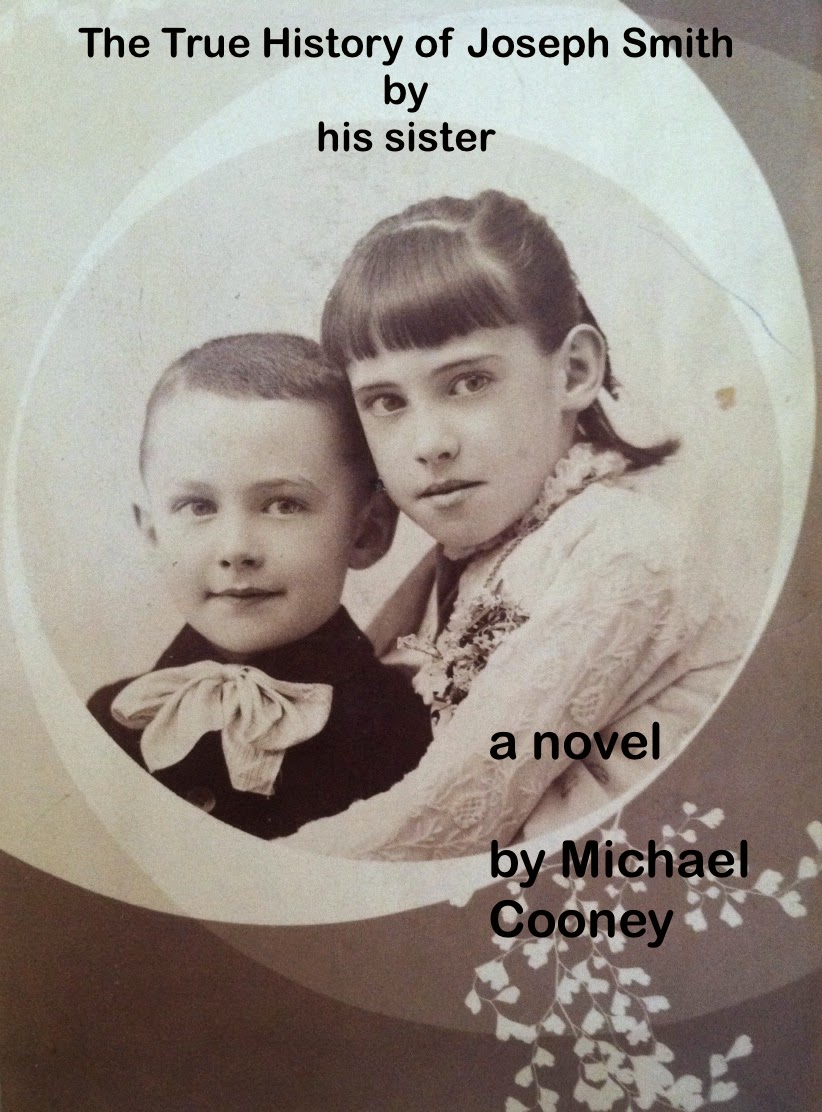 The True History of Joseph Smith is a new novel that celebrates - and closely follows - the career of one of Upstate New York's most famous sons, Joseph Smith of Palmyra. Although the Church of Jesus Christ of Latter Day Saints has long been associated with the state of Utah, its origins lies among the New Englanders who flooded into western New York following the end of the American Revolution.

This historical novel gives voice to Joseph Smith's long-forgotten sister, Sophronia, who tells the story of their shared lives from early childhood to his violent death. She was there when he saw visions in the woods behind his parents' farm and dug for treasure in the hills of western New York. With an almost obsessive love for her brother, she managed to overlook or find excuses for all his adventures with girls – and with the law- in his adolescent years.


When he founded a new religion, she went along with the rest of Joseph's family and followed him as he led them from one Zion to another, from Ohio to Missouri to Illinois. When she finds him seducing a hired girl in a barn, she is stricken speechless – yet when she peeps through a keyhole and witnesses his intimacy with another man's wife, she somehow reconciles his behavior with her faith in her brother. And her faith is not simply in him but in God, whom she experiences through her relationship with Joseph - whatever his obvious flaws and transgressions of accepted moral codes.


In this novel Sophronia is not merely a passive observer. She is surprisingly independent for her time and stands up to the men around her, ranging from her father and brothers to her two husbands. Increasingly, she tells Joseph the truth even as she has to confront the evidence of wife after after wife.


In fact, she becomes friends from a number of her brother's wives – while still staying close to Emma, his only legal spouse. When Joseph heads toward his death at the Carthage jail, Sophronia and two of his wives ride after him in a failed rescue attempt.


Those who know early LDS history will find many familiar characters here: Lucy Mack Smith, Hyrum and Don Carlos Smith, Sidney Rigdon, Porter Rockwell, Oliver Cowdery. Less familiar figures like Sally Chase, who gave Joseph his first seer stone, and Prescindia Buell, the plural wife who bore him a son, also have important roles in the novel.
Those who have less, or no, familiarity with the church founded by Smith will also  find much of interest in this tale of 19th century Americans, many of them from our state. These men and women drew on beliefs and practices that were widely shared among the early settlers from England. They shared an abiding faith in personal revelations, an ancient belief in all kinds of folk magic, and an unstoppable enthusiasm for creating a new society and way of life.