A new historical novel of the South Bronx in the 1970s 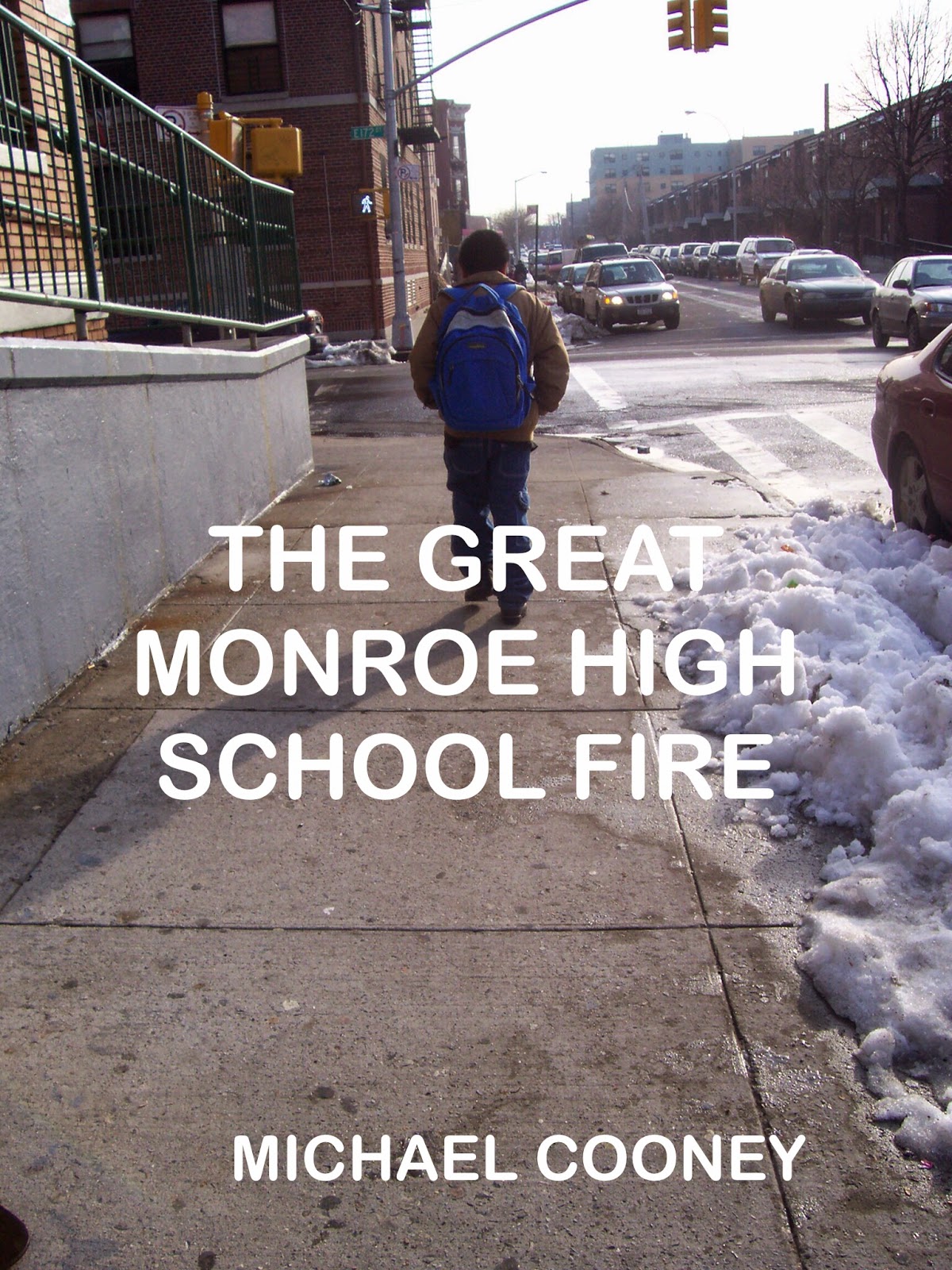 The Great Monroe High School Fire is an historical novel set in an era that many would rather forget, a time barely a generation ago when New York City was beset by an epidemic of crime, drugs and arson. Unlike the 18th and 19th century conflicts whose even minor episodes are celebrated with pride here in our small upstate towns, the City's descent into near anarchy in the 1970s is not noted with any historical markers or monuments in neighborhoods like the South Bronx or Bushwick. Much of the neglect both in the 1970s and today, of course, is about race. But some, I believe, is also because it is hard to find heroes in that era. This book attempts to remedy that lack.

The new novel is based upon a forgotten episode of the violent 1970s, an unsolved arson fire that did major damage to James Monroe High School in the South Bronx. The school was built in 1924 when the expansion of secondary education became a primary means of integrating first and second generation European immigrants into American life. For a time the largest high school in the world, Monroe had become racially segregated by the early 1970s, not by law but in fact. The African American, Caribbean and Latino families who had moved into the Bronx neighborhoods served by the school faced a different world from the Italians, Irish, Germans and Jews who had preceded them. A flood of drugs and a rising crime rate collided with a school system still recovering from the racially divisive strikes of 1967 and 1968. And then came the fires, waves of arson that consumed so many of the old neighborhoods of five story walk-ups, from Vyse Avenue to Kelly Street. 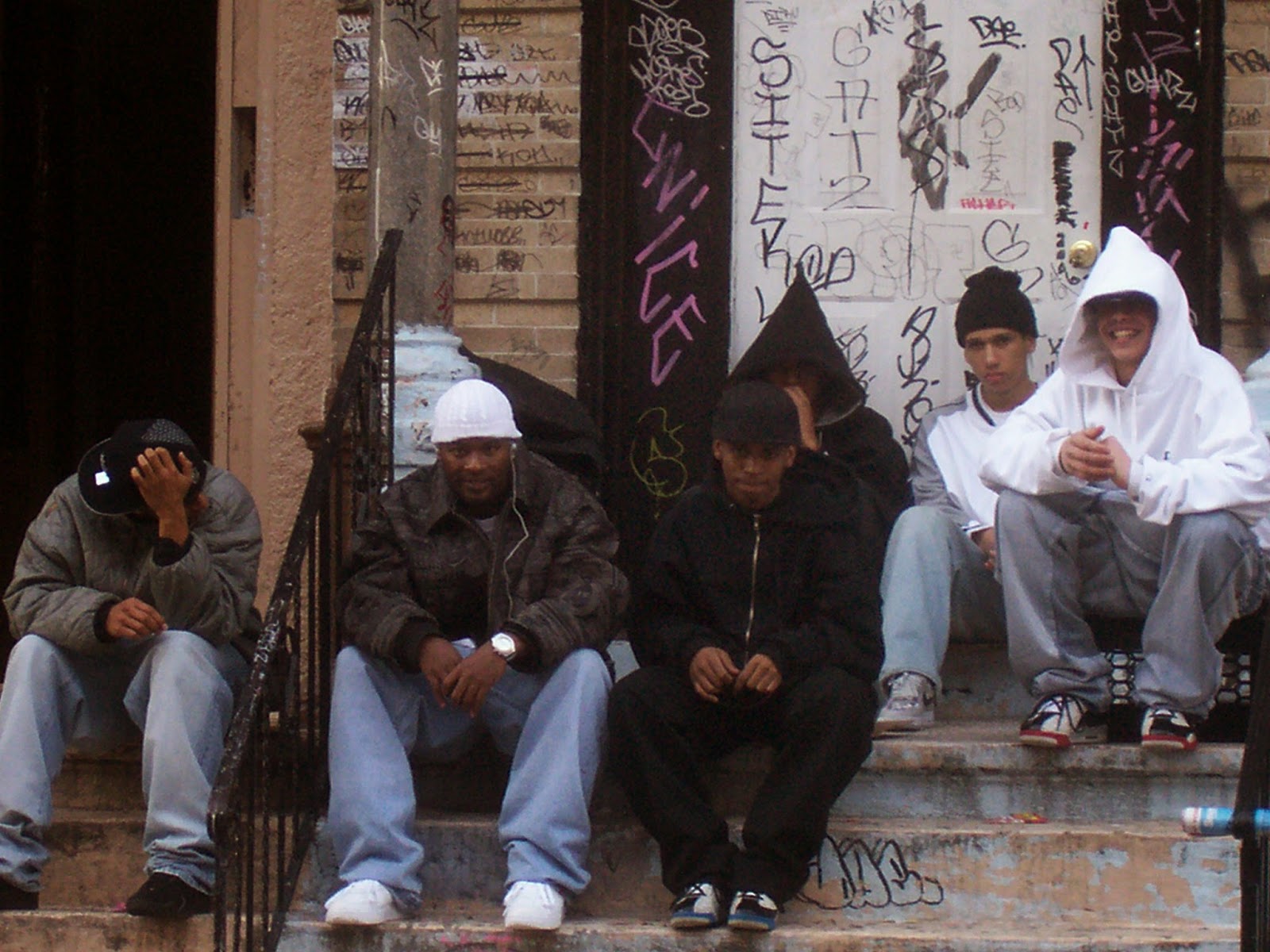 The story is told by Giuseppe Sanchez in a mix of Spanish, Italian and street slang combined with a vocabulary he has learned from reading and eavesdropping. (A glossary is provided at the back of the book) The story told by the boy, whose mother is Italian and father Puerto Rican, begins when he goes to Junior High 22 on 167th Street near the Grand Concourse and meets his closest friend, Sapo.


“When we got to 22 in sixth grade, the place was like the Bronx Zoo only the animals in the zoo was more civilized. First day, my English teacher Mr. Z opens the door because someone’s knocking and this gidrul spits right in his face. I almost felt sorry for the guy, a young teacher just out of college. I don’t know why he waited two whole months before he walked out of class one morning and just disappeared.


To get back to Sapo. He bumped into me in gym class for nothing so I shoved him into the wall. We each landed a couple of good punches before big fat Mr. Greenfarb came over and sat on us until we quit fighting. We were homeboys from then on.


The two of us had each other’s back and even when the whole Career Guidance crew went after us, we did okay. The CG guys were all at least 15 but too dumb to be sent to high school so they had to stay in one room all day long and weren't allowed to associate with normal kids except when they had to eat. One day in the lunchroom Sapo made some comment about them being retards and they all went after us, knocking over chairs and tables like the maniaticos they were. Sapo and I kept picking up trays of Sloppy Joes and Tater Tots and throwing them until the CGs were slipping and falling all over themselves. This kind of shit was happening every day in that school.


Giuseppe, who prefers to be called Joey, and his friend Sapo come into conflict with the principal at 22 and respond by turning to hooky playing and graffiti. When Joey and his mother are forced to move to the Little Italy neighborhood on Arthur Avenue, the two friends lose touch but reunite a couple years later at Monroe. After a stint at Spofford juvenile detention center, Sapo is now into dealing marijuana. Joey becomes a willing recruit, if only to impress Siobhan, a Fordham College student who has befriended him. 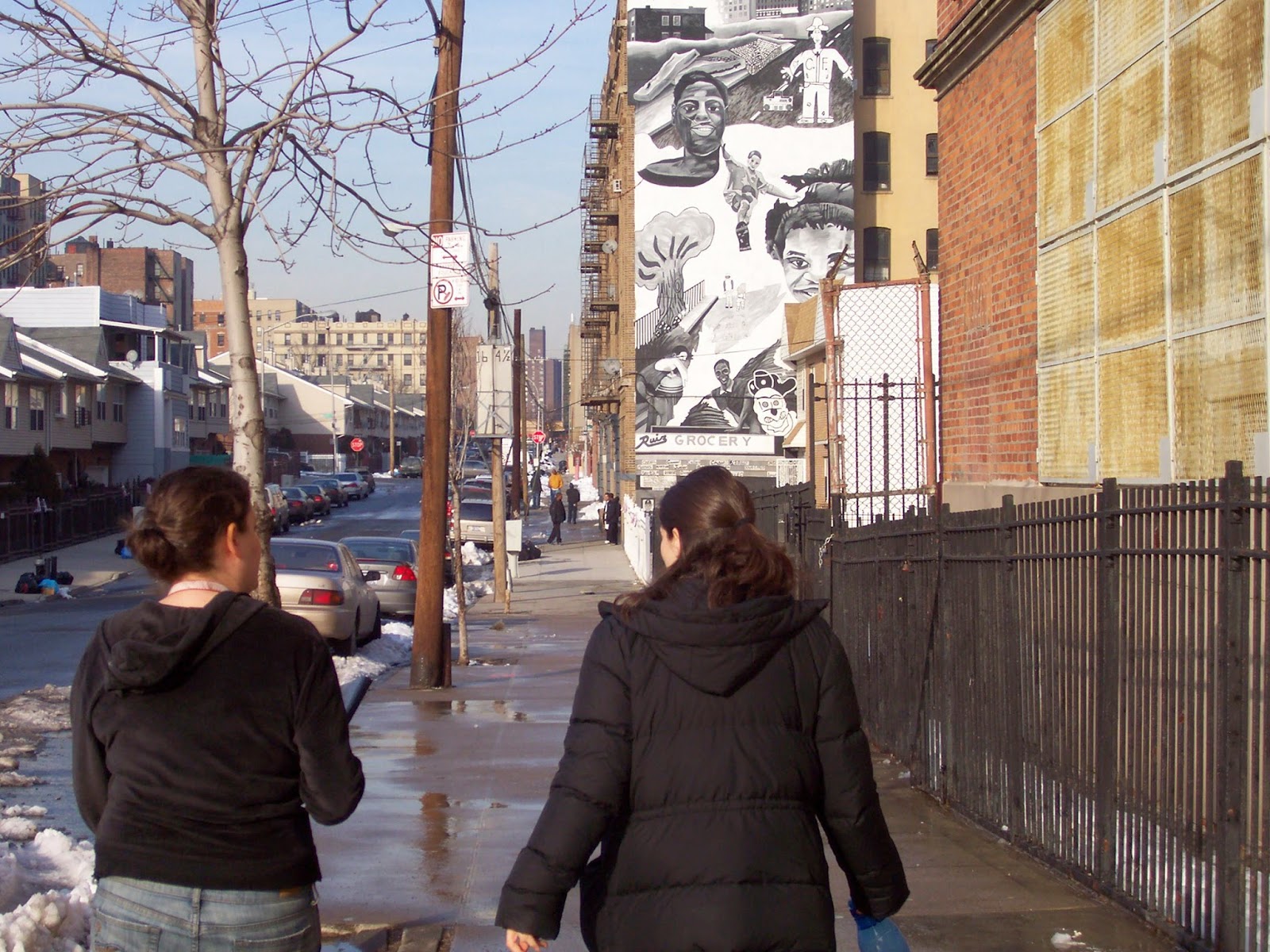 
Siobhan, like many Fordham students then and now, is Irish-American and far better off than anyone Joey knows. His infatuation with her, however, fades when he realizes she is only interested in him for the marijuana he can provide. (It should be noted that in more recent decades, Fordham has reached out to include far more students from Joey's economic class and has played a major role in training teachers for City schools. And unlike NYU, Fordham never abandoned the Bronx.)

Although Sapo continues to draw Joey into dangerous situations, including a botched drug deal in which both are nearly killed, he is very different from his peers in several ways. One is the fascination with reading which he owes to his mother:


“I remember one time she was washing the dishes and I was drying them. “And if you make sure you have good habits, your whole life will be better.”


“Reading is the best habit you can have.”


“But you always say you’re too tired to read.”


“That’s because I have to work. If your father had been a good man instead of a disgraziato, I would have had time to read. And I don’t mean just trashy love stories but serious books. I could have gotten my diploma and maybe take night classes.”


Not too long after that conversation she came home lugging a cardboard box. “You know old Mr. Feldman who died? His wife gave me some of his books that she thought you might like.”


And you know what? I really did like them. Mr. Feldman must have saved every book he ever read because a lot of them were kids’ stories from fifty years ago. There were all these stories of a boy inventor named Tom Swift. Some of his inventions were not exactly new any more, like his Amazing Motorcycle or his Fantastic Camera. But some of the stuff, like a flying submarine, still hasn’t been invented. Mr. Feldman also must have liked war stories when he was a kid because there was a whole stack of books about these two boys who were having adventures in World War One. They had sword fights with Germans and all kind of things that probably never happened but even so, the stories were way more interesting than TV.”


Another major influence on Joey is his English teacher, Miss Bonsecour, whose interest in the boy strikes many as inappropriate. She not only gives him books but takes him to the Metropolitan Museum. When she is targeted for removal by a new principal, a series of events is set in motion, culminating in the arson attack on the school, an attack which was completely ignored by the City's media and political elites at the time.


For Joey the fire had a larger meaning:


“I’d read in the Monroe library how the old Library of Alexandria was burned down back in Roman times. The ancient scrolls that contained all the knowledge in the world were destroyed and people became incredibly ignorant. And that's when the Dark Ages began.”


The book is aimed at both young adult and adult readers, and is suitable for high school students. (Language is a bit R-rated.)


The Great Monroe High School Fire can be purchased in paperback at either Amazon.com or Lulu.com for $9.95. The kindle version is $2.99. 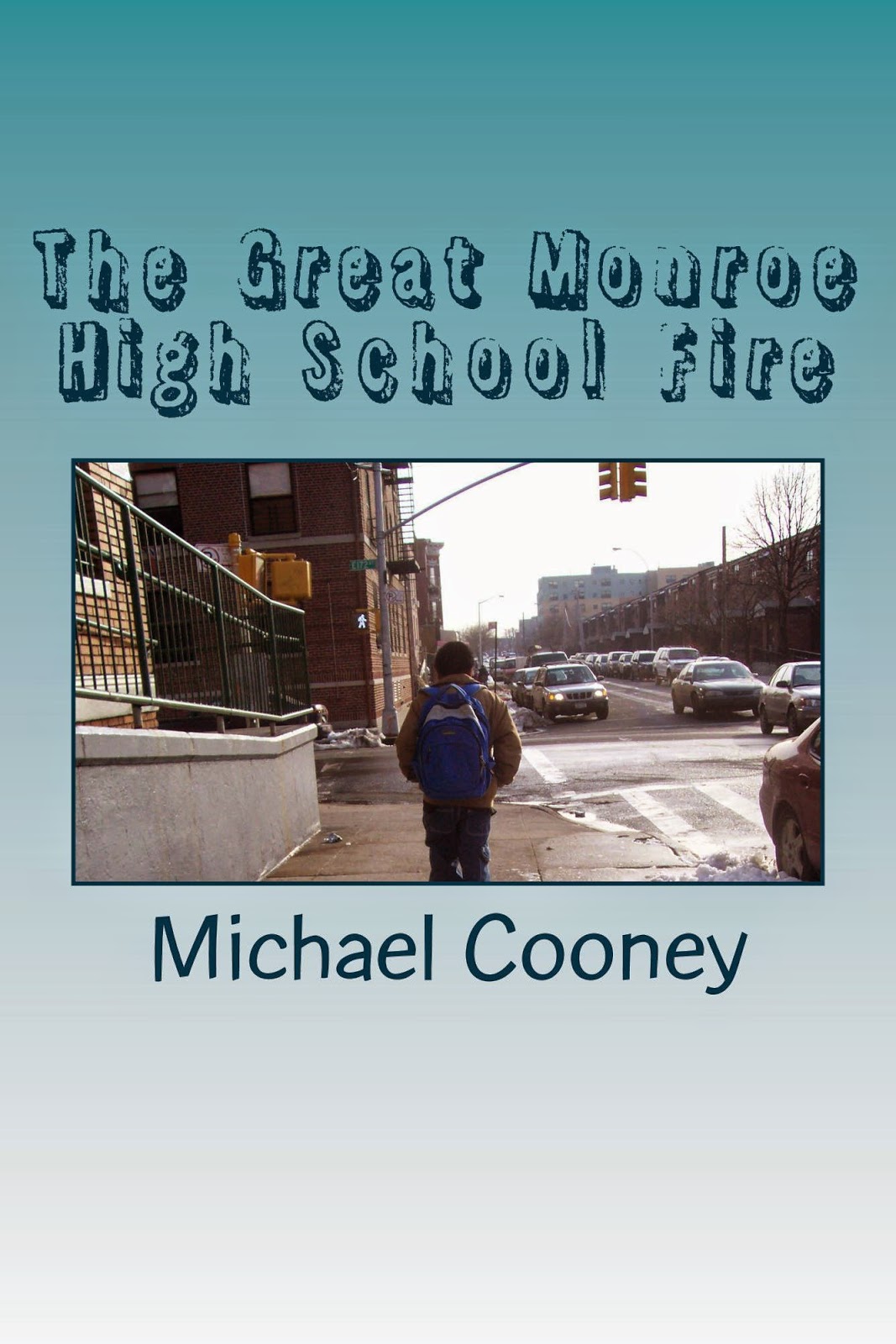 Click for Kindle edition $2.99
Also, for those who wish not to patronize Amazon, The Great Monroe High School Fire is  available in paperback at Lulu.com for $9.95﻿
Monroe was finally closed in 1994. The building now houses several small schools for different age children and appeared to be quite successful during a recent visit. Those interested in educational reform in the Monroe neighborhood during recent years may want to take a look at Five Years at Fannie Lou, available for 99 cents on kindle. The short book focuses on portfolio-centered assessment at Fannie Lou Hamer Freedom High School, a successful new small high school not far from the scenes of the novel. The district, it should be noted is still among the poorest in the US.

Update  July, 2015: "In the Forest of Tombolo" is another work inspired by Monroe and is based on the experiences of a World War II veteran who taught at the school in the 1970s. Students and faculty of that era may recognize the tale's narrator and recall his stories of the war in Italy and his later encounters with poets of the Beat Generation.
Posted by Michael Cooney at 7:42 PM No comments: