A walk into the 19th century in Troy, new York

Six years ago Fred Bernstein wrote in the New York Times travel section that “Troy has one of the most perfectly preserved 19th century downtowns in the United States” and a recent visit proves he is still right:

Drive into the city, and you'll find block after block of town houses, churches and commercial buildings that look almost exactly as they did 100 years ago. A 1,200-seat concert hall has stunning frescoes and astonishing acoustics. A row of antiques stores inhabits buildings at least as precious as the merchandise inside. And a remarkable Tiffany window forms the backdrop for the circulation desk at the beaux-arts public library. 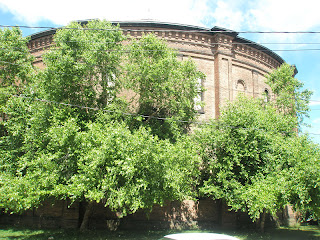 According to Bernstein, after World War II the local economy declined so suddenly that much of the original architecture has been preserved intact. And in contrast to many of the other old upstate industrial cities we have visited, the housing stock in Troy is occupied and in good repair. The presence of two colleges, Rensselaer Polytechnic Institute and Russell Sage College have certainly contributed to this outcome. And a good number of hard-working lower income people have come north from New York City in recent decades, taking advantage of low cost housing no longer available in the metropolis. 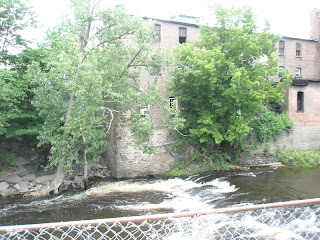 An old mill on the Poestenkill Creek

Troy’s architecture reveals many layers of industrial development, with some factory buildings doubtless used by many succeeding industries over a period of two centuries. One of the very earliest industries was the production of nails, horseshoes and other iron implements, drawing on the extensive iron mines in the nearby upstate mountains. 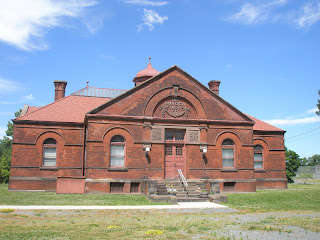 An interesting look at this era can be found at The Burden Iron Works Museum next to the railroad tracks at 1 East Industrial Parkway:
The museum building itself served as the offices for the Burden Iron Works Company. It grew out of the Troy Iron and Nail Factory, but Scotsman Henry Burden took it from a little local operation to one of the most important iron mills of its day. Burden patented a machine that could make horseshoes and the company scored a contract to make the horseshoes for the Union Army. At its peak the iron works was grossing $400 million (in today's money) just in horseshoes. 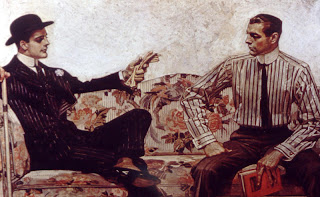 The next great industry in Troy sprang from what now seems a peculiar fashion necessity of 19th century males: detachable collars and cuffs. In 1825 a local woman, Hannah Montague is said to have grown tired of washing her husband’s shirts when only the cuffs and collars were dirty. She made her life easier by developing a detachable collar that could be cleaned and starched separately from the shirt. Soon enough, a host of factories had sprung up in Troy to manufacture such collars and cuffs –and with them a great many laundries to wash and iron the detachable fashion accessories. 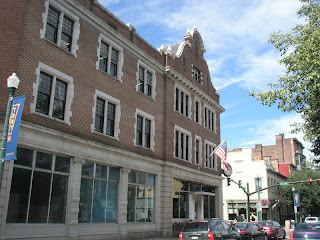 These labor-intensive industries were the setting for the nation’s first female labor union in 1864, led by a formidable young Irish immigrant. The 19 year old Kate  Mullaney and girls like her worked 14 hour days in laundries specializing in the detachable accessories, earning no more than three or four dollars a week. Influenced by the male Iron Moulders Union, Kate and her friend Esther Keegan organized the Collar Laundry Union with 300 or the approximately 3000 Troy women employed in the collar and laundry trades.

Supported by, and supporting their male colleagues among the Iron Moulders, Kate’s union went on strike for higher wages in 1866, and won. In 1868 she led another walkout and won an additional increase in wages, and that same year she was elected vice president of the National Labor Congress at a New York City Conference. In 1869 the union established its own cooperative laundry, a new advance in the labor movement. The manufacturers countered by floating rumors in the press of a new, disposable paper collar which led to a collapse of the cooperative, and a year later to the dissolution of the union. Kate, whose labor career ended before she was 30, married and lived an apparently quiet life until her death in 1906. 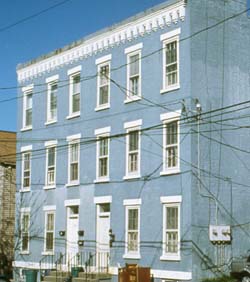 Kate Mullany House dedication
Although in the end her union did not survive, Kate Mullany’s achievements have not been forgotten and in 1998 Senator Hillary Clinton joined local activists to dedicate Kate’s home at 850 3rd Street as a National Historic Site. 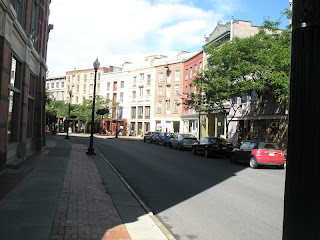 If you are thinking of a short visit to downtown Troy, you could do no better than follow the walking tour suggested by Fred Bernstein. Start with a snack or coffee at Illlium, a café on Broadway on the edge of Monument Square. Then follow River Street to the antique shops. Many small businesses are located in the classic Victorian buildings on these streets. 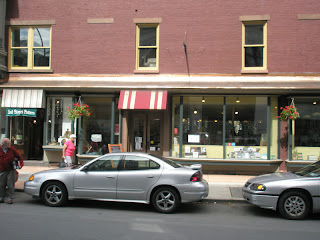 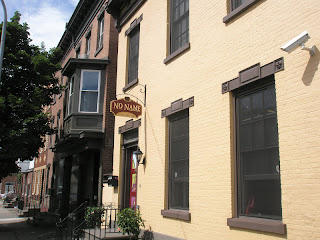 No Name Design on Fifth Avenue 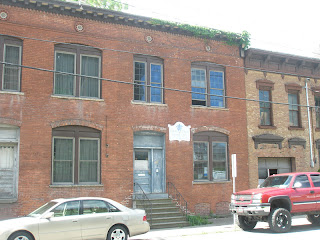 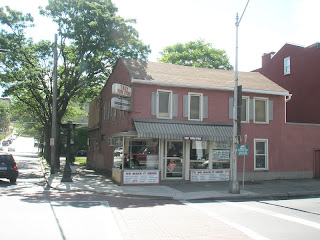 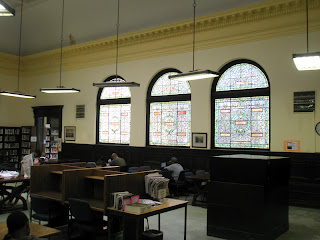 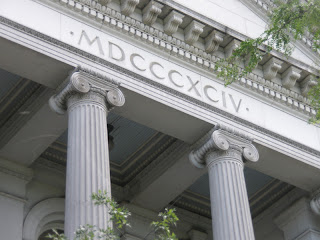 Next door is the majestic Rensselaer County Court House and across the street is the Russell Sage College campus, graced by a statues of its founder Emma Willard and a soldier of the Spanish American War. The latter monument is unsual in its recogntion of those who served in suppressing the Phillipine Insurrection of 1898-1902. This largely forgotten and sorry episode in our nation's history is the subject of both John Sayles' film Amigo and his historical novel A Moment in the Sun. 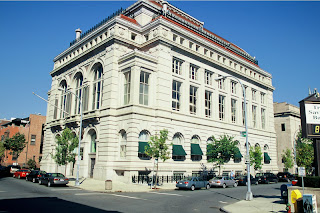 Also on Second Street is the historical society and the Troy Savings Bank MusicHall, known for its regular schedule of concerts. 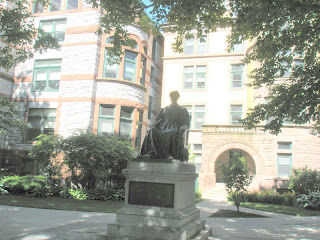 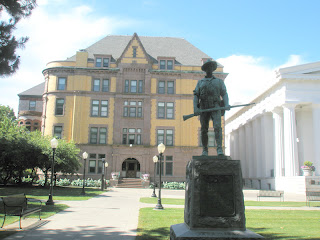 Russell Sage campus
But you really don’t need to follow any set route -  just wander where you will in this movie setting of a town and imagine yourself in the world of a hundred and more years ago. (You won’t be surprised to learn that Troy was the setting for Martin Scorsese’s Age of Innocence in 1993.) 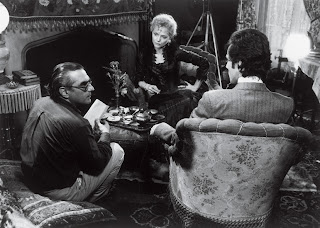