"America Love It or Leave It," a Viet Nam-era Antigone 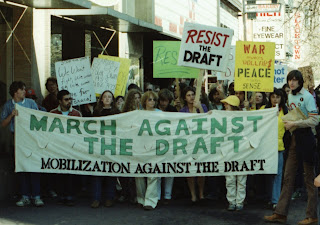 A New York march against the draft in the 1970s

The one act play, "America Love It or Leave It," is inspired by the ancient Greek tragedy of Antigone and takes place in the summer of 1968 on the New York-Canadian border.  Originally staged in 1975 at the Elder Avenue Playhouse in the Bronx, the one act play is now being made available as a free PDF.  It  is published under a Creative Commons ShareAlike license and may be performed by any non-commercial organization or group. 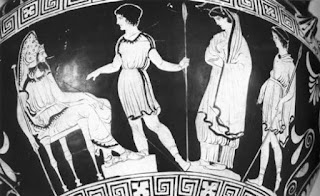 The entire tragedy takes place in the kitchen of an upstate New York farm house, where a  backyard fence marks the border with Canada. A middle-aged immigration agent lords it over his small family of a daughter and two sons. His eldest boy is about to take his first solo flight from the nearby Plattsburgh Air Force base, and promises to fly directly over the farmhouse. His second son openly mocks his father and threatens to join the draft evaders who keep passing through the back yard on their way to Canada. Andrea, still in high school, has been dominated by her overbearing father until the morning of the play.

As the drama opens, Andrea and her aunt are watching draft evaders pass through a hole in the fence that keeps reappearing no matter how many times her father patches it.

an excerpt from "America Love It or Leave It"

A middle-aged woman and a teenage girl are standing by the kitchen window, looking into the back yard.

SUZETTE: There goes another one.

SUZETTE: Really? I thought this was only the second one.

ANDREA: No, I saw one very early when you were still in bed.

SUZETTE: You didn’t go out into the yard, did you? You know what he said.

ANDREA: Yeah, yeah, I know what he said. First there was no talking on the phone on school nights. Then there was no dating until I was eighteen. And now this new rule about not going in the back yard is even crazier.

SUZETTE: I can’t blame him.

ANDREA: You never do!

SUZETTE: He's afraid those hippies will bother you.

ANDREA: That’s not it.

SUZETTE: What is it then?

ANDREA: Here’s a clue, Tante Suzette. There is a big hole in the fence. Those hippies are heading for that hole.

ANDREA: The one that our United States government put up years ago to show where the border is between the U.S. of A. and Canada.

SUZETTE: There is a hole in the border fence? That’s not right. Why doesn’t somebody do something about it?

Border Crossings, Then and Now


Ever since the American Revolution, the contradictions and shortcomings of our republic have been reflected in those who fled across the northern borders of our state to find freedom in Canada. It began with the freed slaves of New York City who left for Canada with their Loyalist allies. Then came the runaway slaves of the Underground Railroad. In the Civil War, one of my own distant ancestors, Mike Clark, went back to Canada, leading his middle aged father Patrick to enlist in the NY 16th Volunteer Infantry in his place. In the Viet Nam era, thousands of draft evaders and deserters passed through our northern border, although  not quite as depicted in this play. 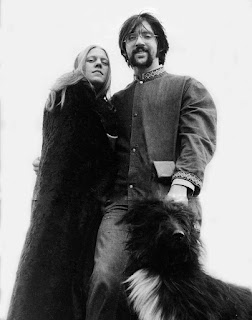 
Most recently, the ones fleeing to a better life in Canada have been immigrants who once dreamt of a new life in the United States, only to find themselves targeted by the current administration in Washington. 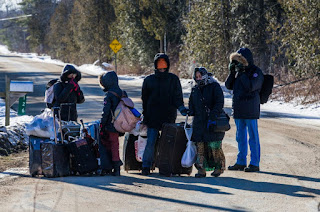 Posted by Michael Cooney at 5:26 PM No comments:

Mr. Dolge’s Money and other titles now available in paperback on Amazon 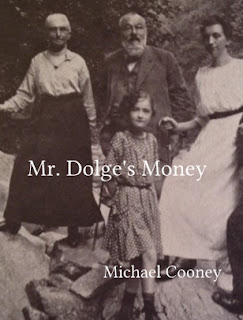 Mr. Dolge's Money inspired by the final days of a visionary German-American industrialist best known as a forerunner of Social Security, is now in paperback  at Amazon as well as in the original ebook format.

Following the collapse of his utopian dreams in Dolgeville, NY in 1898, Alfred Dolge went on to build a new fortune and a new Dolgeville in California. The central character of the novel is Rudolf’s son, Jose or Joseph Dolge, who travels from Venezuela to California in the closing days of World War I in search of his grandparents.

After getting to know his grandson, Dolge dispatches the young man to Europe by the only route then open, across the Pacific to Vladivostok. The boy’s mission is to gain access to millions of dollars hidden away from his grandfather’s creditors and to direct that money into the hands of the German socialists struggling to wrest control of their devastated nation.

With the old monarchies in collapse, violent new forces of the Left and Right are provoking chaos in Russia and Germany. Joseph barely survives a rail journey across Russia, fleeing the Bolshevik terror into Ukraine and coming to Berlin just as outright war breaks out between the Spartacists and the Friekorps. Beset by treachery on every side, he sees Rosa Luxembourg murdered and is held prisoner by a crazed band of anti-Semites who will become the leaders of the Nazi party. And then, Alfred and Anna Dolge make their last trip to the old country with the goal of saving their beloved grandson.

(For more on Dolge, see Mr. Dolge’s Money and The Downfall of Alfred Dolge) 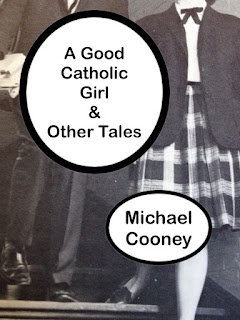 A Good Catholic Girl and other tales

Each of the five stories or novelas collected in this volume have been sold as e-book singles at 99 cents and remain available in that format. The stories, sharing a common link to New York history, are set in the twentieth century except for “You Don’t Need a Weatherman” which imagines a near future in which climate change has drastically changed our local landscape. The retired couple at the center of the story live in a time when climate change denial persists even after the sea has covered New York City.

“The Wobbly and The Witch Girl” is set in the immediate aftermath of World War I when repressive forces targeted radicals and misfits of every sort. Fleeing the draft to New York City, Tom Ryan is befriended by the anarchist leaders Carlo Tresca and Elizabeth Gurley Flynn. They send him north to organize the workers of the Julliard factory in Stottville, NY and from there he flees the law into the isolated hill country of Columbia County where he discovers a people who have lived part from the outer world for a century. Here Tom falls in love with a girl who has inherited strange powers from her distant Puritan ancestress.

“The Real Twentieth Hijacker” is inspired by my teaching at Laguardia Community College at the time of the terrorist attacks on the World Trade Center. The main character is a young Muslim immigrant who is drawn into the 9-11 conspiracy only to break away from the other plotters when he falls in love with an American girl.

“Her Name Was Margarita” is loosely based on my experiences with a Fordham University project in Mexico in 1966. Beginning with marches against the war in Viet Nam, the scene then shifts to the province of Vera Cruz where the title character encounters a force or power that her faith cannot explain.

“A Good Catholic Girl” is based on the murder of a parochial school girl by a deranged young man she barely knew. In my version of this tragedy, set in the Irish Catholic neighborhood of the North Bronx, she manages to turn the tables on her stalker. 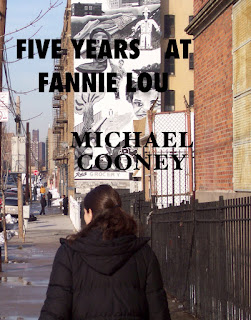 Previously available on Kindle, this is one of only two non-fiction works I have written and describes educational philosophy and practice at a small public school in the South Bronx, Fannie Lou Hamer Freedom High School, from 2003 to 2009. The innovative portfolio assessment and interdisciplinary curriculum at Fannie Lou was based on the philosophy of the Coalition of Essential Schools and offers a valuable alternative to the standardized data-driven models now in favor in New York state and the nation. In a genuine tragedy for public education, the Coalition for Essential Schools was compelled to cease operations in March, 2017. This has made it even more important to preserve and publicize the truly student-centered learning environment as CES schools like Fannie Lou. As part of that effort, this book will also be available as a free PDF at Lulu.com.

The work at Fannie Lou and other small public high schools was supported by the National Academy for Excellent Teaching at Columbia University Teachers College. NAFET was unfortunately dependent on foundation funds invested with the Madoff ponzi scheme and ceased operations in 2009. 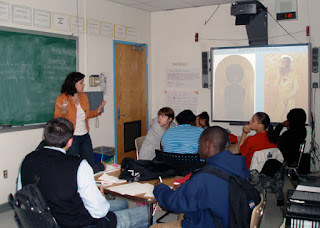 Posted by Michael Cooney at 10:47 AM No comments: