We must risk delight: The poetry of Jack Gilbert 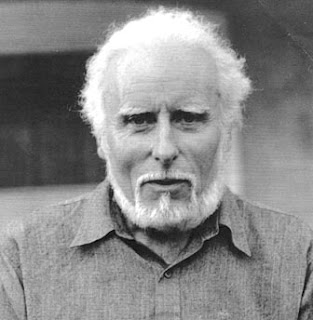 I thought I knew American writers of his generation well but I had never heard of Jack Gilbert until a friend recommended him to me a couple weeks ago. Born in 1925, he is often associated with the Beat poets like Allen Ginsberg and Lawrence Ferlinghetti but he shunned publicity for his five decade long writing career. After winning the Yale Young Poets Prize and being nominated for a Pulitzer in 1962, he pretty much dropped out of sight for years, surviving as best he could overseas. Here’s one that gives a sense of how he found joy and beauty even in his failed marriage with the poet Linda Gregg. She also needs to be better appreciate. Read about her and her poems at the Poetry Foundation site.

Everyone forgets that Icarus also flew.
It's the same when love comes to an end,
or the marriage fails and people say
they knew it was a mistake, that everybody
said it would never work. That she was
old enough to know better. But anything
worth doing is worth doing badly.
Like being there by that summer ocean
on the other side of the island while
love was fading out of her, the stars
burning so extravagantly those nights that
anyone could tell you they would never last.
Every morning she was asleep in my bed
like a visitation, the gentleness in her
like antelope standing in the dawn mist.
Each afternoon I watched her coming back
through the hot stony field after swimming,
the sea light behind her and the huge sky
on the other side of that. Listened to her
while we ate lunch. How can they say
the marriage failed? Like the people who
came back from Provence (when it was Provence)
and said it was pretty but the food was greasy.
I believe Icarus was not failing as he fell,
but just coming to the end of his triumph.

After twenty years he published another book of poetry, and followed with three more over the decades. When asked where he had been, he answered that he had been falling in love with Linda Gregg and then with his second wife, the sculptor Michiko Nogami. He never overcame his grief when Michiko died of cancer and this is one of many poems he wrote for her:

He manages like somebody carrying a box
that is too heavy, first with his arms
underneath.When their strength gives out,
he moves the hands forward, hooking them
on the corners, pulling the weight against
his chest. He moves his thumbs slightly
when the fingers begin to tire, and it makes
different muscles take over. Afterward,
he carries it on his shoulder, until the blood
drains out of the arm that is stretched up
to steady the box and the arm goes numb. But now
the man can hold underneath again, so that
he can go on without ever putting the box down.


In old age, he published the poem, “Brief for the Defense,” that might be his greatest. To quote Dan Albergotti:

“To say Gilbert has been working on his greatest poem for 80 years might be overstating the case, but it has certainly been 80 years in the making. Perhaps it is safest, though, to assert that he’s been at it since 1962.”

Albergotti’s entire elegy on Gilbert, “Coming to the End of his Triumph,” on poets.org is well worth reading. Here is the poem where he says that no matter how terrible life becomes, we must risk delight:

A Brief for the Defense

Sorrow everywhere. Slaughter everywhere. If babies
are not starving someplace, they are starving
somewhere else. With flies in their nostrils.
But we enjoy our lives because that’s what God wants.
Otherwise the mornings before summer dawn would not
be made so fine. The Bengal tiger would not
be fashioned so miraculously well. The poor women
at the fountain are laughing together between
the suffering they have known and the awfulness
in their future, smiling and laughing while somebody
in the village is very sick. There is laughter
everyday in the terrible streets of Calcutta,
and the women laugh in the cages of Bombay.
If we deny our happiness, resist our satisfaction,
we lessen the importance of their deprivation.
We must risk delight. We can do without pleasure,
but not delight.Not enjoyment. We must have
the stubbornness to accept our gladness in the ruthless
furnace of this world. To make injustice the only
measure of our attention is to praise the Devil.
If the locomotive of the Lord runs us down,
we should give thanks that the end had magnitude.
We must admit there will be music despite everything.
We stand at the prow again of a small ship
anchored late at night in the tiny port
looking over to the sleeping island: the waterfront
is three shuttered cafés and one naked light burning.
To hear the faint sound of oars in the silence as a rowboat
comes slowly out and then goes back is truly worth
all the years of sorrow that are to come.


“We must admit there will be music despite everything.”  What a sentence!

Cross-published at the Daily Kos.
Posted by Michael Cooney at 2:49 PM No comments: