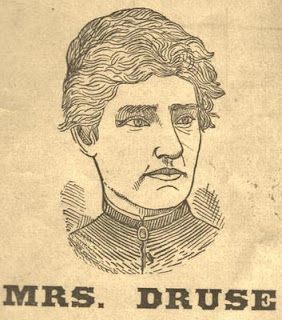 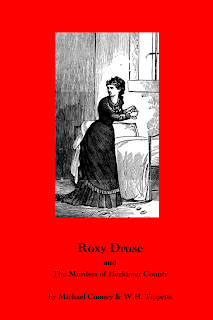 Posted by Michael Cooney at 2:34 PM No comments:

"Camp Jolly" - an excerpt from a new volume of short stories 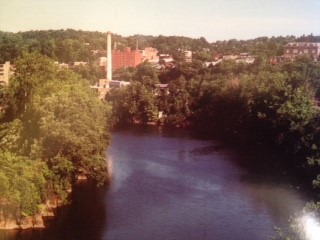 View of Little Falls - a postcard from the 1960s


“Camp Jolly” is a story from a work in progress, a new series set in the village of Asteronga, a fictionalized version of Little Falls, New York. Readers may recall the first volume of Asteronga stories in which a young man recounts a variety of experiences from the mid 1950s through the late 1960s. Several of those stories are also available on podcast. In a day or two I will post a second story from the collection, a version of the Roxy Druse murder case.

The new series is inspired by events from the history of the town and county in the late 19th and early 20th century. The story now made available below and as a free PDF is based on an infamous murder of 1916, moved here to 1917 to coincide with the beginning of World War I. Mike Masco, a “foreigner” living on the South Side, murdered his wife, stuffed her in a trunk, and then attempted to ship the body to a fictitious address. When his crime was discovered, he fled into the woods and fields east of the village. A manhunt ensued, in which Chief of Police Long was joined by volunteers, including firemen led by Fire Chief Cooney.

The second element of the story drawn from actual events is the Home Guard, a  loosely regulated version of what later became the National Guard. Some time before 1917, the local militia men held a picnic at Camp Jolly, a resort on the railroad about five miles east of Little Falls. Some or all of the men became drunk and, as their excursion train headed home, took a few pot shots at innocent cows peacefully grazing in their pasture. They were disarmed by Chief Long and their rifles, obsolete single shot weapons last used in the Indian Wars, were confiscated. When war came in 1917, many of the same Home Guard men were inducted into the new National Guard unit in Mohawk, NY which suffered significant losses in France. Although a Colonel Beardslee was associated with the old Home Guard, no one of that name was involved in the tragic accident depicted in this story.

Here is the story of “Camp Jolly” - Reactions by email will be welcome: wildernesshill@gmail.com

based on several true stories

Posted by Michael Cooney at 12:53 PM No comments: