The Lost People of the Taghanic Hills 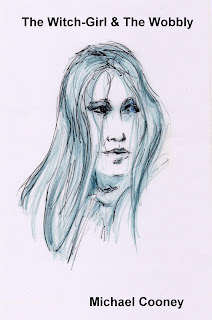 “TheWitch-Girl and The Wobbly” is inspired by the legends of a people known as Pondshiners or Bushwhackers who lived in isolation for many generations in the wooded hills surrounding what is now called Lake Taghanic. They kept to themselves, growing a few crops in the rocky mountain hollows, working from time to time for nearby farmers, and producing for sale a beautiful and unique kind of basket which is now highly prized by collectors. 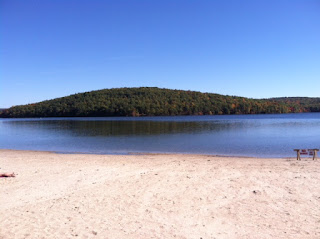 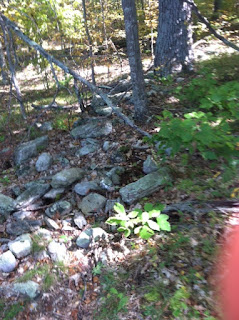 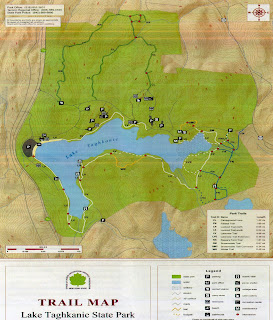 The Taghanic basketmakers were similar in some ways to other isolate cultures such as the Eagles Nesters near Kingston, the Sloughters of Schoharie and the better-known Melungeons of the southern Appalachins, all of whose origins are shrouded in myth. When the Taghanic people came to public attention through a series of sensationalized articles by Frederic Van de Water in the 1920s, no one knew how long they had lived apart from the surrounding culture. Perhaps they had fled oppressive landlords during the anti-rent wars of the 1840s. Perhaps, as Van de Water thought, they had been up on “the Hill” for centuries. Some traced their skill at basketry to Mohican influences.

What is clear is that their small society was devastated by the influenza epidemic of 1919, when this tale is set. The narrator, Tom Ryan, was a boy during the Little Falls Textile Strike of 1913 and dreams of an activist life as a “wobbly,” as members of the International Workers of the World were called. Arriving in New York City just as the war is ending, he pays little heed to the flu epidemic and is more directly affected by the Red Scare which targeted the radicals, like Carlo Tresca and Elizabeth Gurley Flynn, whom he idolizes. Accepting a job with a new union, he arrives in Stottville, determined to organize the Julliard mills. Things go badly and in his flight from arrest, Tom stumbles into the forest world of the Pondshiners. 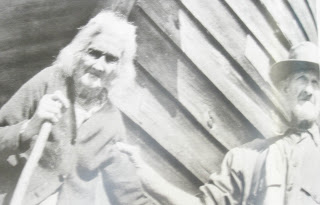 Old Yet and Mattie Hotaling,
from Carl Carmer's "Great River of the Mountains"

Those who prefer their history straight may take exception to my depiction of what might be called wiccan beliefs among the Pondshiners. However, I believe there is ample evidence for a persistent belief in magic and witches in this isolate culture. Carl Carmer in his 1939 book, The Hudson, devotes a chapter entitled "Witches Make Star Tracks" to the supernatural beliefs of the Pondshiners and similar Hudsom Valley groups. According to him, a belief in witches, and fear of their powers, was universal among the Pondshiners. Crosswell Bowen in his 1941 photographic study, Great River of the Mountains, said that “Most of them cannot read but they tell strange stories which echo of the middle ages” and “their world is peopled with goblins and spooks and omens.”

Considering the frenzy of witch-hunting on the other side of the Berkshire Hills in the 1600s, it is conceivable that a few believers in the old ways might have fled to safety beyond the reach of the Puritan inquisitors. And perhaps a young radical might fall in love in 1919 with a girl who shared those ancient beliefs, and who possessed powers which his materialist philosophy could not explain.

An except from “The Witch-Girl and the Wobbly”

“It's when the Goddess fill your heart and show you the right path to take.”
“The Goddess?”
“Mama tol' me all about Her.” She looked anxious for a moment. “She said I was never to tell anyone from outside the Hill but I guess it's all right telling you 'cause we're...”
“Because we're in love.” I touched her face and she nodded.
“Mama said that the bad Bible folk called anybody with the light from the Goddess was witches.” She kept looking into the forest as she spoke. “That's why they hanged the mama of the first Brother and Sister and they had to run away and live up here on the Hill with the Red People. And Mama said that the gals in our family could always get a light from the Goddess when things are real dark.”
“Like now?”
“Yea, like now.” She looked troubled. “Only I don't have no light now.”
“I think it will come to you, Lizbeth, and you'll know the right path to take.”
“Do you think so?”
“Yes, I do. But that path might have to take you away from this Hill.”

"The Witch Girl and The Wobbly" is available on Kindle for 99 cents.
and is in paperback  as "the Lost People" in the collection, A Good Catholic Girl and other Tales.

Posted by Michael Cooney at 7:50 AM No comments: