Sketches of the Work House on Blackwell Island, 1866 by W.H. Davenport 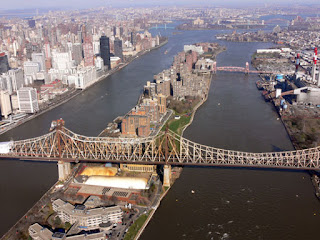 The New York Public Library recently made 180,000 items from its public domain digital collection available at no charge to the public, and those interested in New York history should definitely take a look at the NYPL Public Domain Digital Collection.

Blackwell's (Roosevelt) Island is one of many sections of New York City that has changed so greatly over the years that its past can only be imagined with the help of old documents and images. In 1832 the Blackwell family sold the island, until then farmland, to the city, which soon set to work transforming it into a place of isolation for all the misifts of 19th century society: the contagious, the insane, alcoholics, vagrants, prostitutes and more serious criminals of all kinds. 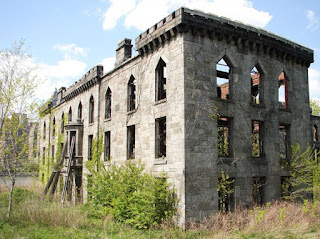 Near the south end are the ruins of the Small Pox Hospital, built in 1856, and one of several structures remaining from the earlier era. Near the north end the restored Octagon Building- formerly the Lunatic Asylum - serves as centerpiece of a luxury rental development. Last year a major film, "10 Days in a Madhouse" was released, based on  the 1885 reporting of the intrepid Nellie Bly who had herself committed to the asylum in order to expose the mistreatment of the unfortunate patients. Her book is available for 99 cents on kindle, and free elsewhere on the net. 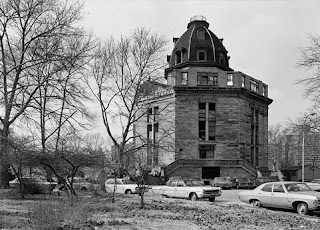 On Main Street is the Good Shepherd Chapel, still in active use, and surrounded by the apartment complex built in the 1970s. It was along this central spine of the island that the insitutions were built to imprison both criminals and the merely indigent. The penitentiary, opened in 1832, was moved to Rikers Island a century later after a wave of scandals. Here also was the Work  House, of which no physical trace remains. It was a place where people charged with the most minor crimes were incarcerated for relatively short periods of time, on the the theory that unpaid physical labor would cure them of idleness or other vices unacceptable to Victorian society.

The NYPL digital archive contains a number of illustrations of a visit to the Work House in 1866 by an artist/journalist named W.H. Davenport. His report on the visit was published in Harpers Weekly, as was his later story on the city orphanage on on Randalls Island. His work allows us to glimpse a few of the individuals who were consigned to the island a hundred and fifty yerars ago. 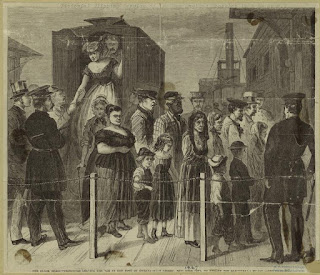 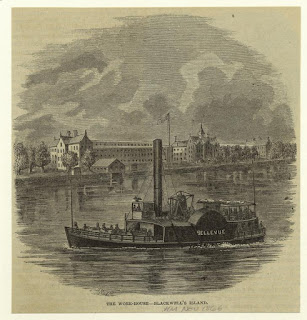 The work house, as seen from the East River 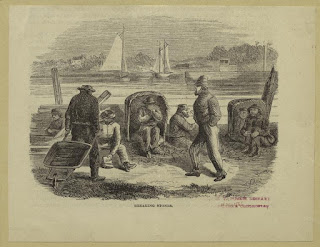 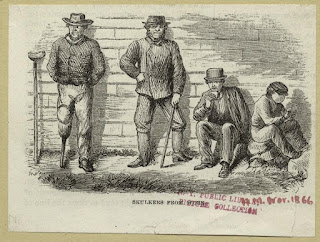 A quarrel in the dining hall 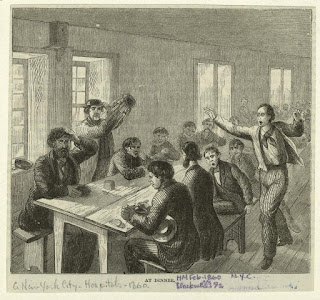 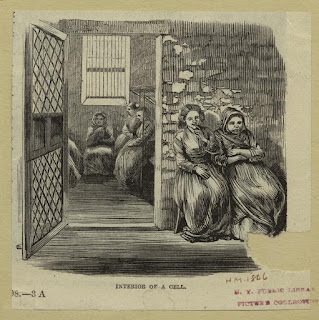 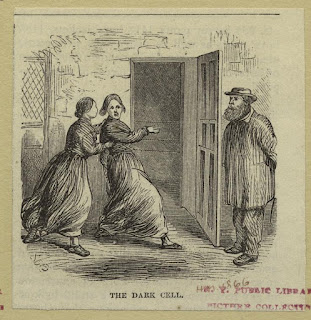 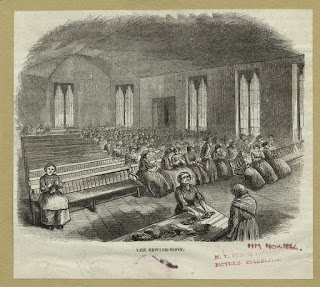 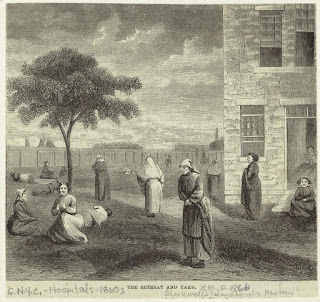 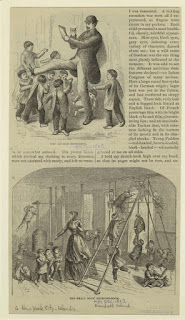 Self-Portrait by W.H. Davenport in his Harpers article on Randalls Island
Posted by Michael Cooney at 4:15 PM