The Shakers of Mount Lebanon

Most people who are interested in the Shakers know of Hancock Shaker Village, a well preserved settlement near Pittsfield, Massachusetts. A visit there is  a definite must for anyone who wants to explore the Shaker heritage. 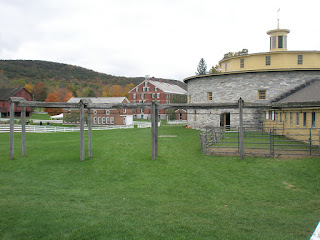 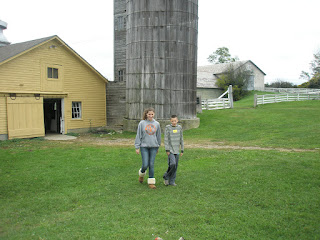 
﻿
However, many visitors miss another important Shaker site only a few miles west over the Ndew York State line. Mount Lebanon was the real motherhouse of the Shaker world in the 19th century and promises to offer an even fuller vision of that world.﻿
Shaker woman in the 1870s
from the collection of the Shaker Museum and Library

The Shaker Museum and Library in Old Chatham is in the process of moving to Mount Lebanon. This is the world's most complete collection of  Shaker artifacts and documents,  and owes its existence John S. Williams, a great friend of the last few Shakers. The museum's new location will be a few miles away at  Mount Lebanon, the spiritual center of Shaker life from its founding in 1787 until 1947. 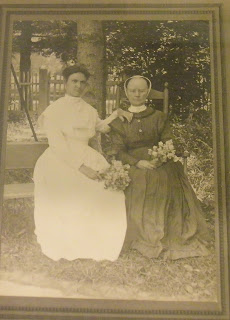 We visited Mount Lebanon as par tof a project to more deeply explore the effects of this Christian sect upon American life. The Shakers are best remembered today for the  fine quality of their workmanship and for the commitment to celibacy which, in contrast to other native forms of Christianity,  doomed their denomination to extinction. The United Society of Believers in Christ's Reappearing, as they called themselves,  shared many practices and beliefs common to the still thriving Mormon and Pentecostal traditions and were pioneers in practicing the gender and racial equality that is  so fundamental to our contemporary political and cultural life. They were also, however, rare among Protestants in the creation of celibate brotherhoods and sisterhoods similar to the monastic orders of the Roman Catholic faith. 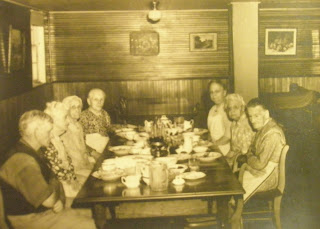 
Mount Lebanon is located on Shaker and Darrow Roads in New Lebanon, near the intersection of routes 20 and 22, on a mountainside near the Massachusetts border. Our first stop was  on Cherry Lane at The Inn at the Shaker Mill Farm, a pleasant hostelry  in a renovated grist mill built by the "Church Family" in 1824. According to Peter Stott, this mill served to grind grain for the entire New Lebanon community, Shaker and non-Shaker alike. (The celibate Shakers arranged themselves in working communities they called "families," such as the Church Family, the Center Family, the North Family and so on.) 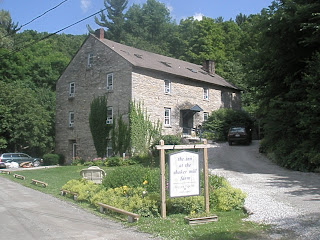 The Inn at Shaker Mill Farm


A little farther up the western slope of the Taconic Range we found the many remaining buildings of the North Family. The buildings are now largely the property of the Darrow School, and many are in active use.  The entire area is listed as a National Historic Site and major preservation work has been ongoing, although not during our visit. 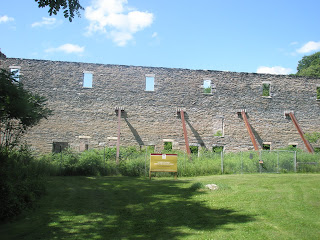 ruins of the Great Stone Barn at Mount Lebanon

Built in 1859, the Great Stone Barn burned in 1979. The structure, like others at Mt. Lebanon, is now being stabilized, thanks to funding from the New York State Department of Transportation, the Federal department of Housing and Urban Development, the World Monuments Fund and private donors. 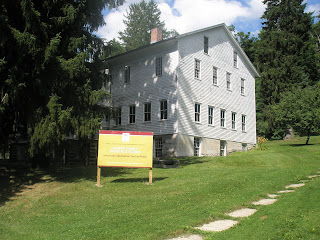 The exterior of the communal wash house is also undergoing preservation effports, while other nearby Shaker structures such as the Meacham Dwelling House  are private residences. 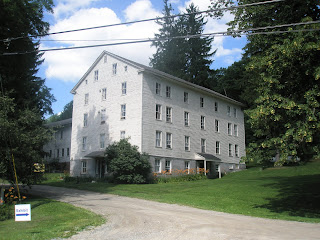 There still remain many buildings used by the industrious Shakers to manufacture products for local use and for sale to the public, including The Forge and The Brethrens' Workshop. 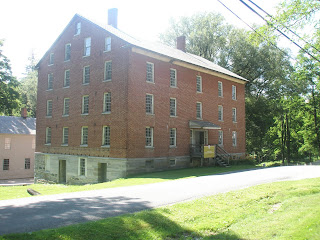 According to Peter Stott, the  Brethrens Workshop was the principal manufacturing building among a small group of shops drawing on a common source of water power. Carpentry, broom-making and washing machines were driven by water power, which also provided power for the bellows and triphammer in the adjacent forge.

An interesting description of this community at its height can be found in the report of Charles Nordhoff who visited Mount Lebanon in 1875 and found  "all or nearly all the Shaker people—polite, patient, noiseless in their motions except during their "meetings" or worship, when they are sometimes quite noisy; scrupulously neat, and much given to attend to their own business." Elder Frederick Evans informed Nordhoff that the society no longer took in orphans "for experience had proved that when these grew up they were oftenest discontented, anxious to gain property for themselves, curious to see the world, and therefore left the society." The recent Civil War had also led to reduced membership since some of the young Shaker men, although raised as pacifists, had acceded to the pressures of conscription and gone off to war.

The survival of so many of the original buildings of Mount Lebanon owes much to establishment of the Darrow School at the site in 1932.A decade before the last elderly Shakers left Mt. Lebanon in 1948, they set in motion plans for a school to inherit their property. The private co-ed boarding school currently enrolls about 100 students and employs 30 teachers. 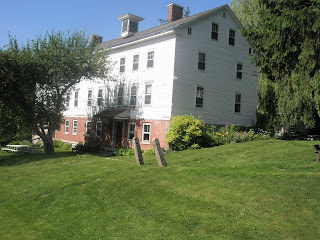 The Darrow School makes active use of Shaker buildings

Gazing across the fields once tilled by Shakers, we tried to imagine the lives they must have led, working so hard and yet denying to themselves earthly love and family.  Their joys we know of, from the many witnesses whom they invited to watch their ecstatic dancing and singing, but what of their sorrows, their doubts, their despair?

Our curiosity about these influential and unusual Americans still unsatisfied, we visited the set out for the first of the Shaker villages some thirty miles to the west, where the founder of this sect, Mother Ann Lee, was revered as a female Christ. 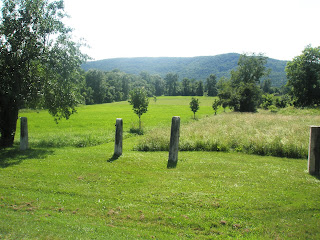 Posted by Michael Cooney at 2:47 PM