A hike to the fire tower on Beebe Hill

Beebe Hill rises 300 feet above the uplands of the Taconic range in the town of Austerlitz in Columbia County, and offers beautiful views in all directions from the firetower at the summit. The hike is an easy one, taking about an hour on a well-marked trail. Access to parking for the trail is from country road 5, which branches north from State Route 2 a few hundred feet north of the 22 and 203 intersection. Access to the trail and parking is on a dirt road at the north end of Barrett Pond. 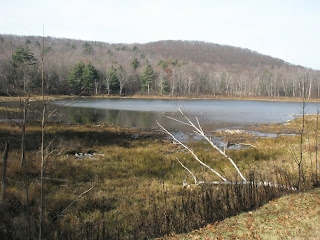 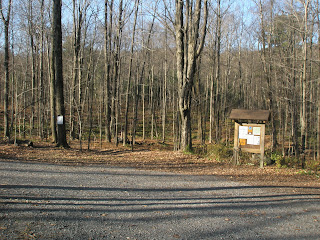 The western slopes of the Taconics were far more populated in the early 1800s than they are today, and largely settled by New England yankees who swarmed into the area just after the Revolution. Soon lured westward by new (some would say stolen) lands opened up by the defeat of the Iroquois allies of the British, many of the early farmers soon moved on. Among those who passed through was the family of Mormon prophet Joseph Smith and other Yankees who formed the core of the earliest Latter Day Saints. 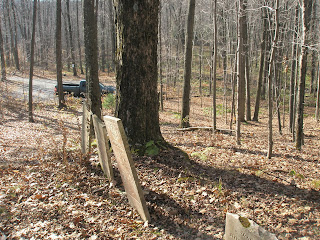 The rocky farms of these early settlers have long since returned to woodland, but evidence of their presence is clear. A small cemetery adjoins the parking area, suggesting old sorrows. Ruth Browter's stone can easily be read, altho some others have become illegible. Ruth lived to age 87, dying in 1875, and rests now beside her young husband who died fifty years earlier. Many of the stones memorialize the Crowter and Harmen families and indicate an extensive settlement into the 1840s. The young are too often found here, but all were sustained by their Christian faith. On the stone marking the grave of 81 year old Deborah Goodrich can be found this poem: 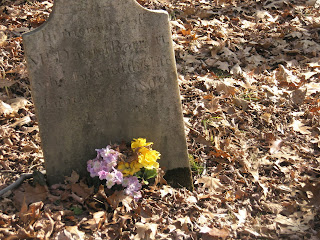 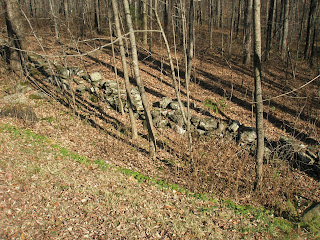 After paying our respects to the hardy farmers who once struggled with this rocky and ungenerous soil, we set out up the trail, clearly marked with blue  markers. The climb is an easy one, suitable for children, and in winter offers numerous views of the surrounding country 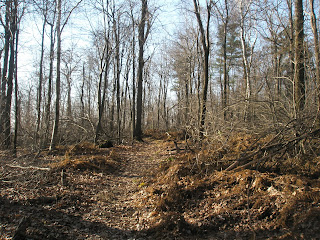 Typically easy grade on this trail 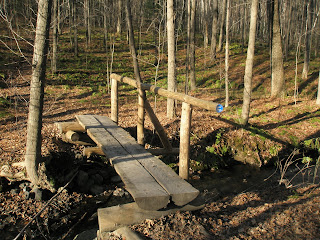 Well maintained bridge on the trail

After perhaps a half hour's ascent, the trail reaches a plateau on the top of the ridge, and unless it is very dry, you will see a pond ( or tarn) to your left. Just beyond is a sturdy lean-to erected by the volunteers. Very soon you will come into a grassy area and your first view of the firetower. 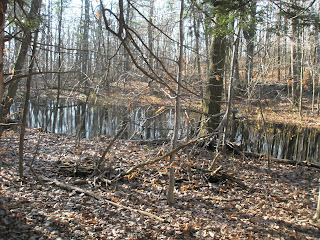 Tarn on the top of the ridge 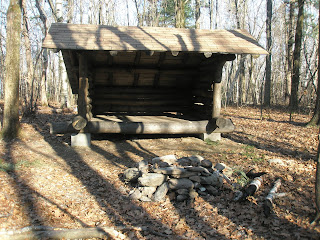 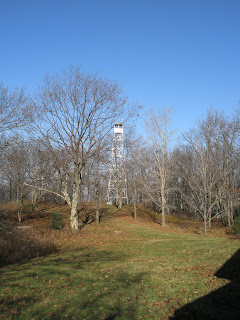 First view of the firetower

The firetower is open for hikers to climb to the top and the stairway, although steep, is enclosed for the most part. The views are beautiful in all directions: west into the higher ranges of the Taconics on the Massachusetts line and east toward the Hudson and the Catskills beyond. 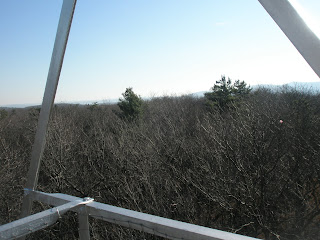 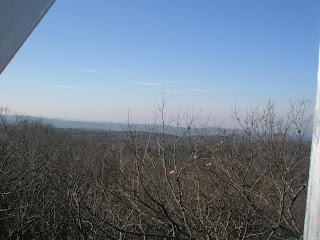 Views from the firetower

The forest fire observatory on Beebe Hill operated continuously from April of 1964 until the end of the 1987 fire season. Prior to 1964 the fire tower was located on the summit of Alander Mountain from 1928 through 1930 and on Washburn Mountain from 1933 until November 1963.  Ten years after the closing of the facility, local residents came together to restore the fire tower and observer's cabin. This group also created the hiking trail system throughout the Beebe Hill State Forest.  The Beebe Hill Volunteers maintain an interesting website, which provides more of the history of the tower and information on contributing to their good work.

Hiking Mates of the Capitol Region have posted a report of a visit by 15 of their members to Beebe Hill, and provide some good photos of views from the tower. 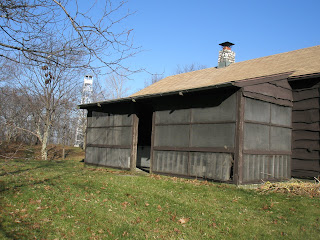 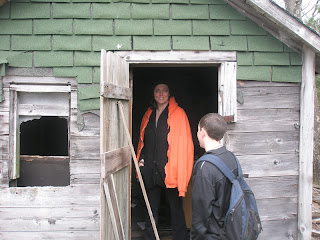 An abandoned cabin
I recommend returning by the same trail and avoiding the temptation offered by a broad access road leading downhill. If you take this route, as I did,  your return walk will be closer to five miles than the one mile back to the parking area. 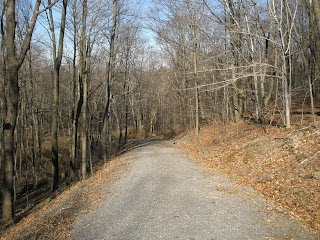 The road not to take back down the mountain

For those interested in another glimpse of how busy this area was back in the early 1800s, I suggest a visit to Bash Bish Falls State Park  just outside of Copake Falls, 10 miles or so south on Route 22.  In addition to the beauty of the falls itself, you can see the remains of the Copake Ironworks. In the early 1800s much of the forest in this area was cut down to provide charcoal for such early forges. 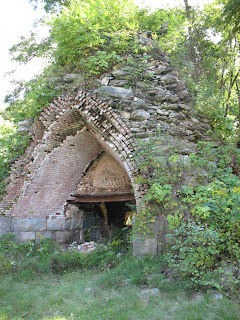 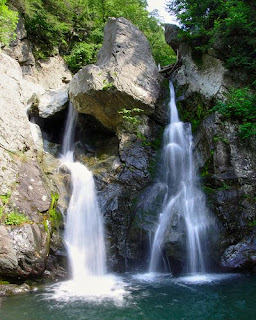 And bicyclists may want to explore the three mile section of the Harlem Valley Rail Trail which follows a small piece of the old railroad route that once connected the industries of Copake with New York City and Boston, via a link at Chatham. The bike trail can be found crossing the parking lot of the Copake Falls area of the NY state Taconic Park. 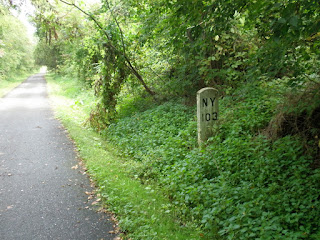 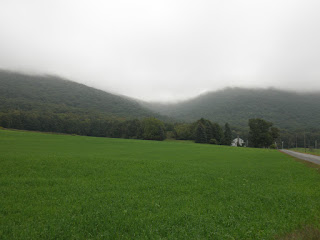 The southern terminus of the Rail Trail
currently ends with this view
﻿
﻿
Posted by Michael Cooney at 4:41 PM