The Cary Brickyard at Newton Hook 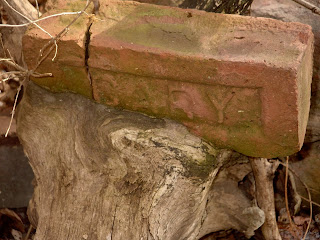 On both sides of Route 9-J just south of Newton Hook are the remains of what was once a prosperous brickyard employing up to 150 men and supplying building materials to the growing cities of New York and Boston. The site, which covers perhaps a hundred acres in total, is littered with thousands of bricks bearing the Cary name. This brick is in the roots of a fallen tree. 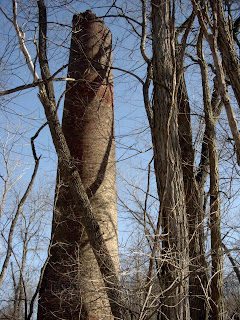 The brickyard and its docks were on the west side of the Amtrak rails and the pits that supplied the clay were on the hillside to the east of 9-J. In winter this tall brick stack can be seen amid the leafless trees. In summer the region is very overgrown and shows no signs of any recent human visitors. It is sure to be full of ticks. 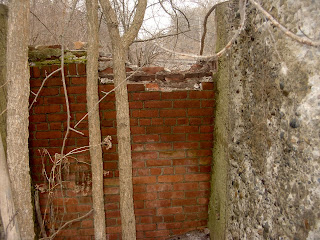 A few walls from the old brick sheds surround the stack in what was once the center of the plant.

According to Peter Stott's comprehensive history, Looking for Work, Industrial Archeology in Columbia County, New York, William Cary built this yard in 1902-1903 as "the most technologically advanced of any of the Hudson River valley brickyards" of its time. Cary patented a portable "clay house" which allowed his crew to dig clay through the winter months. According to Stott, Cary boasted a skilled work force superior to the seasonal laborers employed in other yards. He also pioneered the use of steam to remove moisture from the bricks. 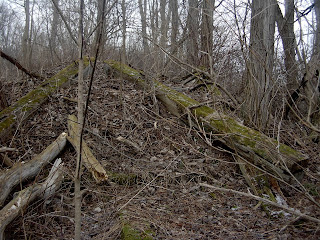 Bricks were fired, however, in old style clamp kilns made by piling bricks in a long wall often as high as 30 feet, leaving arched openings in bottom where a coal or wood fire was built then sealed. After several days, the whole stack was dismantled. This is one such overgrown clamp kiln. 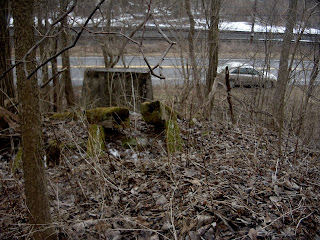 The raw materials for this thriving industry were located on site. As Robert Yasnisac and Tom Rinaldi say in their book, Hudson Valley Ruins, the fine blue clay is a product of the last ice age and “perfect for making brick when mixed with beach sand found at the river's edge.” Cary built a trestle to carry the clay from the hillside across the railroad into the brickyard. Above are concrete supports for the trestle, which are plainly visible on the east side of 9-J. 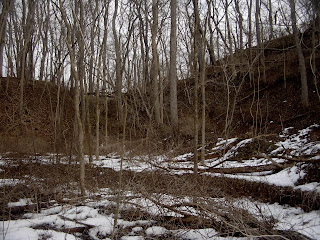 The hillsides have been deeply mined for clay, as in the above view. This area is very difficult to explore during summers, due to the extensive growth of brambles. The only trails are those made by deer. 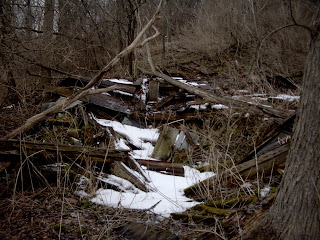 The ruins of three buildings are located on this side of the road, with foundations built of Cary bricks. Perhaps they were offices or housing for workers. 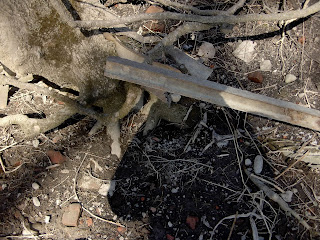 The narrow gauge railway for transporting carts full of clay operated by gravity, according to Peter Stott, and it required only a single horse to draw the empty carts back to the pits. Above is a piece of narrow gauge rail. 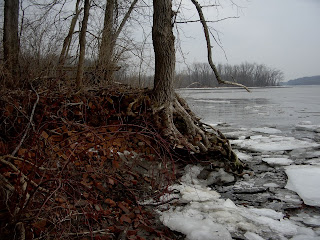 One of the most impressive engineering feats at the site is a 2500 foot canal across the marshes between the brickyard and the Hudson. A long berm of burnt and damaged bricks covered with earth forms the north side of the canal. The DPBW imprint on the bricks indicate their manufacture at the Denning Point Brick Works in Beacon. Cary probably bought these simply as fill from the other brickyard. 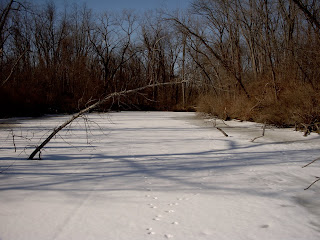 The canal is still filled with water, although the entrance is silted in, and partly blocked by bricks. Perhaps a final order of bricks was dumped here just as the company went out of business forever. Another curious feature of the canal is that its final five hundred feet is blocked by a berm, converting that section into an enclosed pool. The purpose of this section is unclear. Perhaps Cary decided he did not need as long a canal as he originally constructed, and blocked off the excess portion. Surprisingly, it is still full of water. 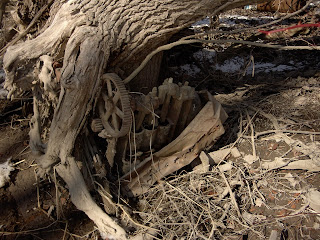 There is very little remaining of the loading area on the canal, where millions of bricks were once shipped south. Above is a gear caught in the roots of an old tree, probably part of machinery for loading the barges. 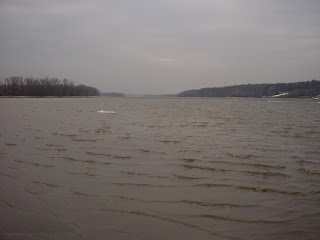 Blocked from access by the railroad and the tangled woods that have grown up in the old brickyard, the Hudson River beach here is quite isolated and beautiful. The above is a view down the Hudson from the edge of the old canal.

In contrast to our modern economy based largely on the consumption of imports, the Cary yard was part of an era when local materials and energy resources were the basis for building the great cities of the Northeast. Cary's firm operated successfully for many years shipping bricks, made entirely from native raw materials, by water to New York and by rail to Boston. Gradually, the widespread use of concrete led to a decline in demand for brick. And this spelled the end for the Cary yard sometime in the 1930s.

Blue clay is still plentiful near the old brickyard.
This sample was gathered by a local pottery maker.
Posted by Michael Cooney at 2:15 PM

Michael Cooney
Since 2009 this site has focused on misunderstood or forgotten individuals and groups from the Mohawk and upper Hudson Valleys of New York state, a theme and setting I also explored in my historical novels. More recently, I have focused on poetry and flash fiction. wildernesshill@gmail.com